My stint in Singapore during the interim between the two military exercises has been unproductive. I meant to return focused on the business and my interests for these 17 days. Yet, the procrastinator within has won.

Nonetheless, these recent events have re-sparked my passion. 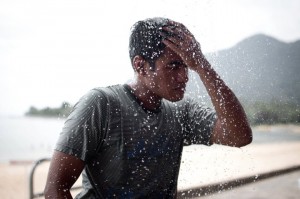 (1) Freedom from the army is near (next year)

Free from the military in May 2012, I have to decide what to do with life. Which route should I take towards my coffin? I have thought of this numerous times and most of my options are unusual.

As said before, I do not want to lead a conventional life; walking on a path paved by the masses who are frightened at expressing their individual views because society frowns upon anything different.

I want to find my own happiness, in my own way.

Years ago, after an inspiring read of the book Rich Dad, Poor Dad, I sought to take action on becoming financially independent. I am not yet at my goal and have strayed off the path slightly. The seminar has given me a refreshed perspective and reminded me to persevere in my dreams to turn my current business into stable profits.

(3) Stories of a travelling friend

With a sense of nostalgia, Shi Hui retold the stories during her solo travel to America. Lost for directions in life, hoping to find herself and her way, Shi Hui travelled around the States for a month. She came back happier, lighter, knowledgeable about herself as a person but no more certain of the future than she was when she left.

This was the same of me when I returned from Thailand from my solo travel last year. It changed my life.

I want to do a solo trip again. I also want to lead a lifestyle that entails travelling many times in one year.

(3) Life lessons from a cab driver

I met Victor, my driver, when taking the cab home from Mustafa Centre. Now in his mid-forties, Victor has an unconventional take on politics, Singapore racism history and life. I share many of his views.

Even though I had reached home, I stayed in the cab and we were talking for at least 10 minutes.

He was happily married to a Taiwanese wife and has permanent residency at both Canada and Taiwan. His kids, similar to me, are of mixed Indian-Chinese heritage. And he is back in Singapore while his son completes National Service.

From what we spoke of, Victor lived his life away from Singapore. With just $100, he left for Amsterdam and ended up working at a firm in the Silicon Valley. He has retired. He fought for his place in this world and his happiness. He spoke of the hunger for success and hope for a better life.

Our conversation gave me valuable insights for my own path. And allowed me to believe this life I am seeking is within reach. His advice was about hunger for success and the guts and aggression to seize your desires in an unfair world. 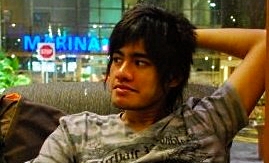